skip to main | skip to sidebar

Let's Have Ourselves An Experiment 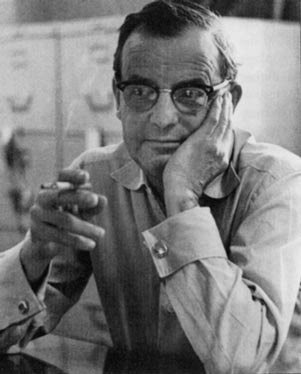 I would just like to take this time to discuss my current, favorite historical figure, Harry Harlow, the man who introduced the world of psychology to the reality and necessity of "mother love" as a part of our natural development. My information comes primarily from his biography by Deborah Blum, entitled Love At Goon Park, which I have not yet finished. In fact, I'm just now getting to the really juicy part, where he starts his surrogate mother experiments. What this book has done for me so far is twofold. First, it introduced me to the greatly under-represented and chilling truth that merely fifty years ago the prevailing psychological opinion was that a mother's affection was not necessary to a healthy development, and that the affection a child has for their mother was merely a conditioned response based upon the child's desire for food and protection (Pavlov's work shows up a lot around this time). While most mother's continued doting on their children, ignoring the so-called intellectual stance, orphanages at the turn of the 20th century began to resemble laboratories with their cold sterility (a relatively new approach to fighting disease) and emotionless caretakers. The result was an army of well-mannered, disciplined children, physically healthy, but emotionally unavailable. This social detachment, however, was not enough to worry the psychologists of the day. It wasn't until Harry Harlow began proving the relationship between affection and intellectual development (the well mannered kids ended up being rather stupid) that people began to take notice. The means by which he proved this relationship, however, presents a whole other element. His experiments would end up putting him at odds with animal rights people, but I haven't gotten that far yet (the aforementioned juicy part of the book). The second thing this book has done for me is rekindle my adolescent romanticism of scientists and the field in general (my top 3 career choices as a kid were scientist, astronaut, and drummer). Sort of an oxymoron, the romance of science was later revealed to me as quite the ambivalent concept, marrying the cold sterility of lab work and the iconic image of a brilliant mind, mad with passion for his work (Einstein comes to mind). Harry Harlow is one such figure, as I learn of his many eccentricities: writing memos to his students in verse, practically living in his lab, often appearing disheveled enough for people to mistake him for a homeless man, and always, always challenging the accepted behavioral scientific findings of his day and age. The image of this bizarre genius became so captivating, in fact, that I began thinking of how I could perform my own impassioned experimentation. Therefor, serving as my new inspiration, Harlow has driven me to begin experimenting with new styles of art. And what better subject for my attempts than the inspiration himself? I can see it now: Harlow staring defiantly at the viewer, smoking a cigarette, his hair slightly out of place, a baby monkey tucked in his arm. Portraiture itself is something I've sort of fallen away from so it's already shaping up to be an interesting experiment. Tune in to see the results.
Posted by Jonathan Ott at 8:50 AM No comments: 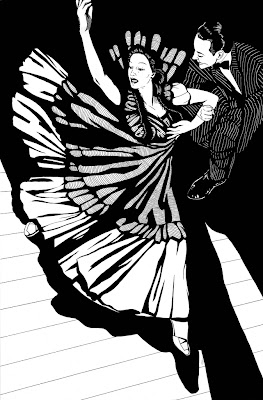 In an effort to blog more often I will be broadening the subject matter of my posts. For instance, this piece here is not a part of my fine art portfolio, but rather a sort of commercial piece I made to hang in the Shall We Dance Ballroom Studio (which I also work at) in hopes of selling it to some of the many, wealthy art-patron types who take lessons with us. It is there currently, going for a mere $300, if you care to view it in person, or better yet purchase it. The studio is located in the beautiful neighborhood of Anchorage, right by the fire station on Evergreen Road. Also, in keeping with my newly broadened horizons, I may as well mention that the Shall We Dance logo was deigned by me and can be found enblazened upon the facade of the building as well as on our snazzy polo shirts (one of which is currently adorning my upper torso). 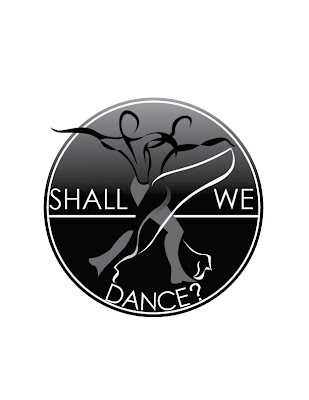 Posted by Jonathan Ott at 7:57 AM No comments:

The Return of the Artist

Back by popular demand, I, Jon Ott, aforementioned artist, will now be resuming the blog I started nearly a year and a half ago by posting a picture of my latest work. It is entitled The Cockold and will be part of the Anything Goes Show at the Rouge Noir Gallery on Market Street. The opening show is on Friday, March 6 from 6:00 pm to 9:00 pm. I'm not sure how long the show will be hanging but I will provide such information when I receive it. In the future, I hope to be exhibiting on a much more regular basis and will be posting the details on this blog. So without further ado, I give you, The Cuckold. 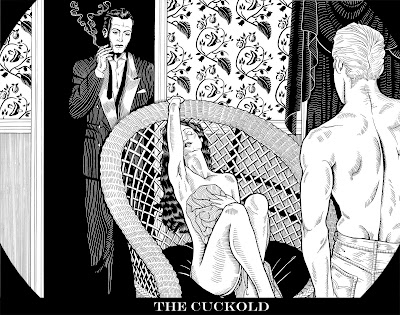 Posted by Jonathan Ott at 10:16 AM No comments: 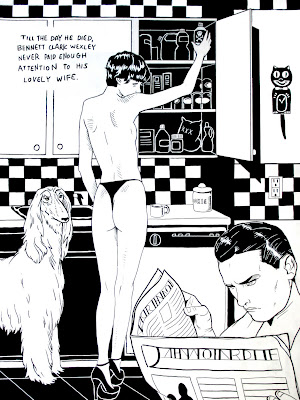 Well, as my first post I figured I'd just put up some decorations. This is one of my more recent pieces entitled "Sunday Morning." Someday I'll make large magnets out of it and sell it to the masses. I should really get on that.
Posted by Jonathan Ott at 9:24 AM No comments:

Jonathan Ott
Louisville, KY, United States
I'm a full time art student at the University of Louisville, which is alright, I guess, but I really want to move to Europe. Check out my merchandise by clicking HERE.

I guess it all started with my being raised Christian non-denominational which, as far as I know, is one of the largest Christian denominations around. I guess it's not as familiar as being raised Catholic, though. It also bears no real similarities. From my understanding, Catholics suffer from guilt. Christians suffer from naiveté and overbearing optimism. I am now what you might call a recovering Christian, which isn't to say that I'm an atheist or even an agnostic, but simply that I no longer associate myself with religious denominations. As such, I have experienced a great breaking-down of the ideals I was led to believe in as a kid. The most notable was the ideal of love. My concept of romantic love was paramount and greatly optimistic. However, as an adult I was soon confronted with the rather adverse reality. Exposure to domestic abuse, sexual perversion, male chauvinism, infidelity, and other such common practices has destroyed, to a large degree, my belief in the power of love and revealed in its absence the power of patriarchy. The result of this has been an on going research into the effects of male dominance, particularly the ambivalence with which it is regarded, the simultaneous aesthetic appeal and moral repulsiveness attributed to many of our culture's male icons. My art is a reaction to this ambivalence, which exists in myself as well. By using the subject of sex, I attempt to evoke the same dichotomous reaction from the viewer. Therefore, the nudes aren't merely meant to arouse, but also to exploit the darker side of sexual mentality. Mostly women, the nudes are objectified by their clothed, male companions who often represent some form of male iconography, such as greasers, playboys, or grease-ball Italians. Other pieces explore different aspects of love and sex like obsession, lover's lament, and unrequited love by employing crooners and femme fatales. In regards to stylistic execution and medium, I look to my inspirations. Comics, 50's Pinups, Film Noir, and Fashion Illustrations play a strong role in deciding how to arrange a particular scene and how best to use line. I deal mostly in black and white as it has a seedy feel to it and yet is also very classical.
P.S. I am also a gun for hire and am looking for any illustrative or promotional work. You can contact me by e-mail or through MySpace (www.myspace.com/jonnyott).